Horizontal caverns are an alternative to single or double well caverns for leaching of evaporates (e.g. rock salt and potash) of thin salt layers. A horizontal bore hole is drilled from a deviated vertical borehole into the salt layer for that. The leach string is inserted into the horizontal open bore hole for solvent injection and brine recovery in the annular space. 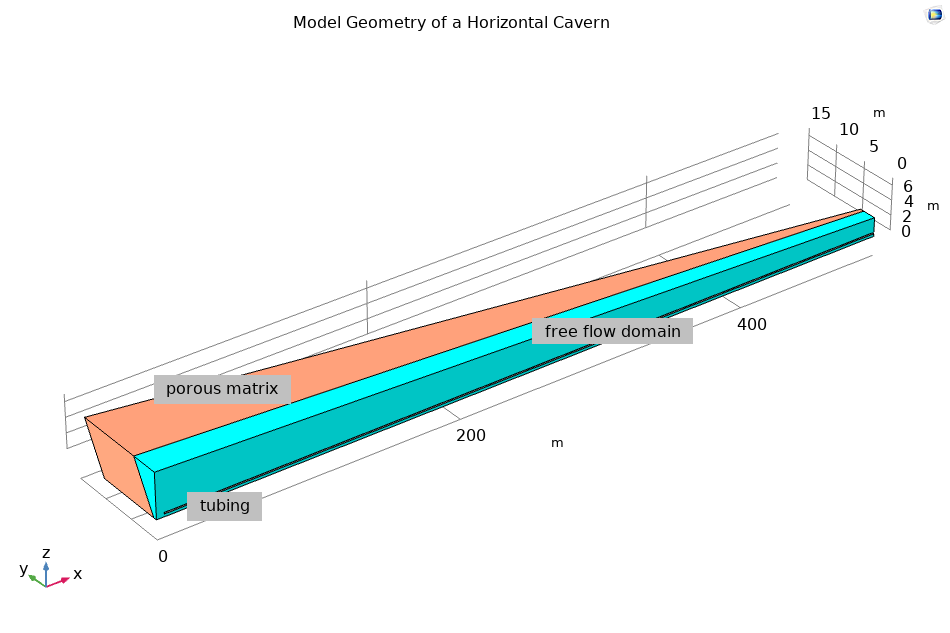 A CFD cavern flow model was set up for the numerical simulation of the leaching process in a horizontal cavern using COMSOL Multiphysics®. The model takes into account: 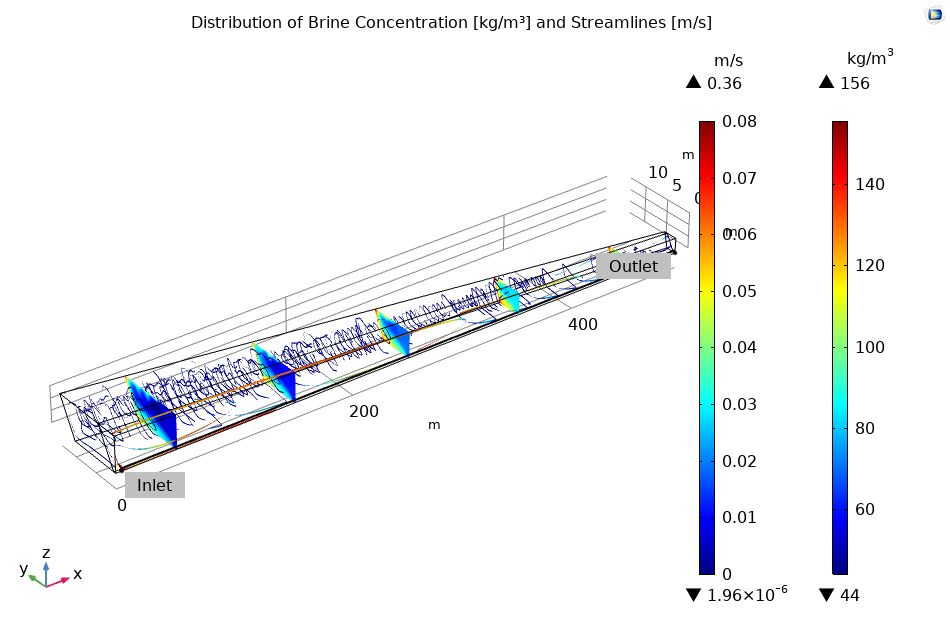 Highly specialised approaches facilitate the economical simulation of the brine flow in horizontal caverns and the analysis of the quasi steady state flow regime. The k-eps-turbulence-model with a buoyancy-induced turbulence is used to simulate turbulent flow. The calculation of the fluid density considers the salt components NaCl, KCl, MgCl2, Na2SO4, K2SO4 und MgSO4.